One of the most toxic, insidious beliefs our society has enshrined, is the one that says “Paid Employment is the only way you have worth, value and self-esteem. You can only be emotionally fulfilled through socially accepted employment”

This falsehood is so utterly divergent from reality that it has become mass cultural gaslighting; a blanket condemnation of anyone that doesn’t have a Real Job. It implies that anyone who isn’t currently employed is either a)pining over the lack of a job or b)a lazy slacking freeloader who leeches off the system.

The reason many of the unemployed long for a job isn’t for the supposed dignity of having a job, it’s for the income needed for survival. Thedignity they’re looking for is the dignity of not living in financial fear and insecurity, of not being labeled by society as Lesser. Our culture labels people without jobs as moochers, takers or leeches. We deliberately degrade and insult them, no matter the circumstances that lead to them being unemployed.

Our existing welfare system blatantly strips dignity and value from people- it enforces the idea that you’re only a good person if you have A Job. We demand that they take a job, any job (and then pull benefits away from them, with no buffer) so that they have pride and dignity, but we do nothing to ensure that those jobs actually treat them with decency.We let employers dole out sub-livable wages, barely-there benefits, long, erratic hours, and say “But you have your dignity & pride!”

Here’s a clue: people don’t feel pride & dignity when they have a survival-based job (or two, or three)… they feel exhausted & overwhelmed. They don’t feel pride when they work a benefitless, mind-numbing job they hate because it pays the bills; they feel trapped and beat down. And where does that leave the disabled? Stay-at-home parents? The elderly? Out of the “pride and dignity” loop, for not having a job?

Yes, of course having a job can boost self-esteem and make you feel good about yourself- IF it is employment you want, you enjoy, you are participating in willingly. You want people to actually experience pride & dignity? Give everyone a stable foundation, and let them choose their work. Let them say “This is the thing that will make me take pride in the activity I am doing, even if it isn’t paid employment.” and “My dignity comes from being happy in what I am doing, and not being forced to struggle to survive.” 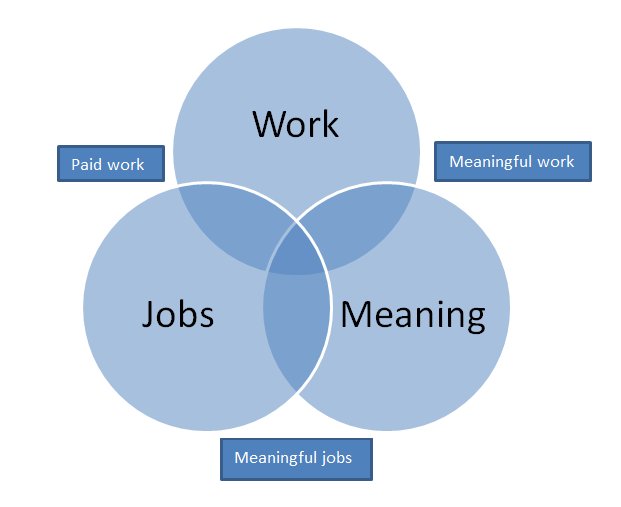 There are millions of ways that a person can have value, a million ways that a person can express their worth, and feel like they have self esteem, that have nothing to do with your employment status. If people are feeling low self esteem because they haven’t got a paycheck, it is because we’ve sent cultural messaged over and over and over again that the only way to be a Good Person Contributing To Society is to have a Worthwhile Job (ie, a culturally acceptable and productive job that makes you a Responsible Adult)

Basic Income fundamentally recognizes the Job=Worth mindset as flawed and damaging to us personally and as a culture. Basic Income says that every person -regardless of their employment prospects, their gender, their age, their religion, their economic status- every one of them is a human being with value, who deserves to have the same stable financial foundation.

UBI on the Web